Vintage is in. This is the year for the return of bell bottom

Needlepoint is a form of embroidery worked on open-mesh canvases. It can be purchased as completed items such as pillows, or as a do-it-yourself projects with a hand-painted canvas or a computer-generated kit or with the main feature completed and the background left for the hobbyist to fill in.

The draw backs to this hobby are – it can be pricey and very time consuming. But you have to remember you are creating a piece of art.

We all have heard, read, or asked a variation of this question – “If you don’t know where you come from – how can you know – where you are going?” This can be applied to needlepoint beginning with its history and then you can decide where to go from there.

Needlepoint has various stitches including the Tent stitches which is the easiest and most frequently used and possibly the oldest. It has been determined that it was an needle art form practiced by the Ancient Egyptians who used tiny slanted stitches to sew up canvas tents. Examples of this dating to approximately 1,500 BC were found in a Pharaoh’s burial chamber by Howard Carter of Tutankhamen fame.

Other examples of the art have been found on ancient Maori costumes in New Zealand. Several references to needlework, some of which could be needlepoint, can be found in the bible.

Woven tapestries were popular in the middle ages. Modern needlepoint began some time in the sixteenth century when steel needles were invented making it possible to imitate the woven tapestries using the Egyptian tent stitch with wool and silk threads on a canvas background.

In the seventeenth and eighteenth centuries Bargello needlepoint became the rage exclusively used for decorating furniture – chairs, sofas, benches, headboards, fire screens and even carpets. The origin of Bargello needlepoint is not well documented. The name originates from a series of chairs found in the Bargello palace in Florence. Thus it is assumed that it originated in Italy. However, there is an example of this work done by a Hungarian princess before the chairs. Whether Hungarian or Italian needlepoint was executed and enjoyed throughout Italy.

By the nineteenth century the first charted patterns were created by a Mr. Phillison, a publisher from Berlin, Germany. The designs were created on a grid with each square representing one stitch. The patterns were usually florals worked in a type of cross stitch using brightly colored wool threads. This type of needlepoint is known as Berlin Wool Work and primarily used for purses, eyeglass cases, and even slippers.

If there’s one craft you might wish you’d learned from your grandmother it could very well be needlepoint. The new century finds needlepoint once again the main attraction for needlecrafters and the fashion industry. The needlepoint craze is being enjoyed by many acting and singing professionals.

The rich tapestry-like embroidery has moved from accent pillows, cushions and rugs and onto the runway in the form of intricate clothing and accessories. Among the designers incorporating needlepoint in their fashions are Balmain, Tory Burch, Dolce & Gabbana, and Valentino. Some of the celebrities who have embraced needlepoint fashions Emma Stone, Cara Delevingne, Keira Knightly.

Remember vintage is in. Dig out your bell bottoms, grab your needle, thread and canvas and begin creating a piece of needlepoint clothing to go with the bell bottoms. 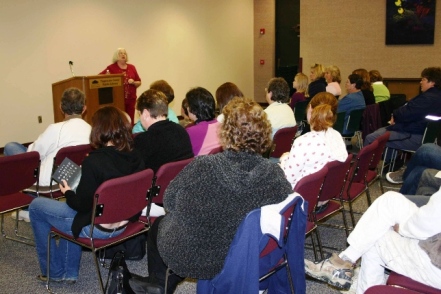