It seems bridges are a favorite spot for hauntings and/or encounters, or at least those kinds of stories. It might be because a bridge represents a span over a difficult, even dangerous and unknown area. Unknown because usually the area is filled with water, which at times can become treacherous, or a deep valley or ravine which in itself is dangerous. Usually the haunting concerns what happened under the bridge, ie. a drowning or a car accident. Thus, the bridges span from one side over the “unknown” or dangerous area and ends safely on the other side. Often in traveling over these bridges is when we meet the ghost, or even as we approach, as in the case of the Mooresville Bridge.

During the construction of the bridge, one of the workers fell into the wet cement which had just been poured for one of the supports. By the time the other workers realized what had happened, he was dead. The concrete had become solid, and they could not remove his body. However, one of his arms hung out over the edge of the concrete, just dangling there. So the other workers simply cut the arm off and smeared some cement over the stump to blend it in with the rest of the structure.

It is said that the arm will from time to time appear and motion for you to come closer, or just point at you.

The area became a favorite parking spot for the teens in the area. One night there were a few cars parked there, when suddenly the phantom arm appeared. All of the occupants in all the cars saw the arm. The arm moved from one car to the next and finally stopped at one of the cars, a blue Ford. It never moved again.

All of the teens became frightened and drove away. However, three days later there was a terrible accident. A blue Ford speeding down one of the graveled county roads lost control on a curve. The car rolled over and over into a corn field ending upside down. The farmer had been out working in his field at the time and was able to get to the two occupants before the car burst into flames.

It was said that the two were on their way to the high school football game when the accident occurred, AND, that the car containing the boy and girl who died was the same car that the arm had pointed at three days earlier. 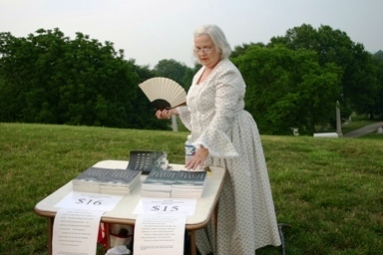