The House of Blue Lights

Then of course, there was the House of Blue Lights, which no longer exists. This was out in Lawrence Township, and it was situated on a 68-acre estate owned by Styles Test. There is a building on the circle called the Test Building that’s really unique. If you look at the top of it you’ll see dirigibles, and single-winged airplanes and so forth. It’s very nice. And that was his building.

While Mr. Test lived there, his wife died. As the story goes, he loved her so very much that he didn’t want to be parted from her, and refused to allow her to be buried. Instead, he had her dressed in a blue ball gown – her favorite color was blue. He had a complete glass coffin made for her. He put her in the living room in an upright position. Then, he put flood lights around her coffin and throughout the living room with blue lights in them. He had a swimming pool, and he took the flood lights out of the swimming pool and put blue lights in. His house was a very unique house. It was constructed of glass block and white tile.

Well, the story got out about his wife being in the living room, so people would go there and creep up to try to see the wife. Well some of the stories came back that they’d actually seen her there, and had seen him sitting in there eating his evening meal, and even talking to her, and at times they could hear music being played. Some of the stories came back that as they were approaching the house, they would stumble over many very, very small tombstones. Then, stories came out that the grounds were being protected by wild dogs, that he would sic on you if he knew that you were on his property. Well, people kept going out there, trying to see what they could see, and coming back with these tales.

Two of these people that went out there were my brother, and his then girlfriend, now wife. They parked his convertible, started walking up the drive, and they too came across these very small tombstones. Then, suddenly they heard music being played, and they stopped – afraid obviously. Then they saw a shadow coming out from behind the trees, and they swore it was Mr. Test with a gun! Well, they were still kind of frozen to the spot. But then they started hearing sounds of footsteps in the woods, and running, and the panting, and then they heard what they knew were the dogs that had been set loose. Well, they turned and jumped into the car and left!

Well, I believe it was back in the 1970’s, or late 60’s, when Mr. Test died. His land was left to the City Park System, and the house and everything was sold at auction. It was one of the largest events here in Indiana. And everybody wanted to see the house of blue lights, to see the eccentric things that were in and around the house, including the little tombstones.

And when the people that were involved in the auction were asked about those tombstones, they said, “Oh, they’re probably a pet cemetery.” Probably? And, what about the wife? “Oh, we never found anything that indicated that there was anything like that there.” Really? Well, there definitely was something at the house. My brother and sister-in-law were frightened half to death! But it now is a city park. It is called Skyles Test, and it is in Lawrence Township (Marion County). And there are no remains of the pet cemetery, or the house. Just 65-68 acres of park. 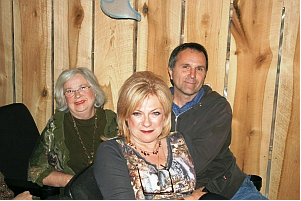