The Dog Days of Summer

Early July begins the “dog days of summer” which lasts until early September. Depending on latitude and climate, the actual dates vary greatly from region to region. Nearly everyone has heard this expression and knows that it refers to the hottest, most sultry days of summer.

Some of the popular beliefs or claims connected with this period are that it is an evil time, there’ll be droughts and plagues, wine will turn sour, and humans will suffer from heat hysterics or go mad.

The phrase took on an ominous meaning by the 19th century. It was believed that dogs would most likely contract rabies during this period.

Today it’s a time to be laid back and carefree while sipping iced tea in sleepy contemplation.

The term seems a natural expression since dogs pant and lie as flat on the ground as they can to avoid the heat; however, it has nothing to do with dogs.

Where does the expression “dog days of summer” come from? What does it really mean?

In ancient Egypt, the New Year began with the return of Sirius. When it appeared they knew that the “Nile Days” were at hand. It was a warning to the people who lived along the Nile River that the floodwaters were coming which added to the fertility of their lands. At this time the people would open the gates of the canals that irrigated their fields.

In recent years, the phrase “Dog Days” or “Dog Days of Summer” have been given new meanings. It’s frequently used in reference to the American stock market. Summer is typically a very slow time for the stock market. Poorly performing stocks with little future potential are frequently known as “dogs.”

Watch the summer sky for the Dog Star, Sirius. It can be seen with the naked eye. The star will appear to be brilliant white tinged with blue. When the air is unsteady, or when the star is low on the horizon it seems to flicker and splinter with all the colors of the rainbow.

Dog Day bright and clear
Indicate a happy year.
But when accompanied by rain,
For better times our hopes are vain.

Indian Summer is a warm spell that occurs in late fall after freezing temperatures have become common.

January Thaw is a warm spell that occurs in mid winter usually late January that produces a period when minimum temperature remains above freezing for a few consecutive days.

Dogwood Winter is a cold spell that occurs after spring seems to have arrived usually mid April and while the dogwood trees are in bloom.

Blackberry Winter is a cold spell that occurs while blackberries are in bloom.

Linsey-Woolsey Britches Winter  is an old time expression which refers to the last surge of cold air in the spring. It relates to the last time during spring that winter clothing of homespun linen-wool combination had to be worn. 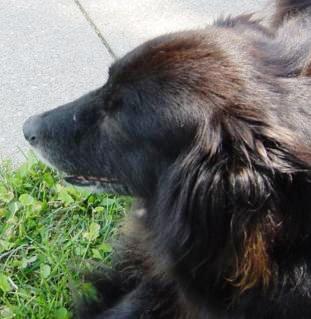