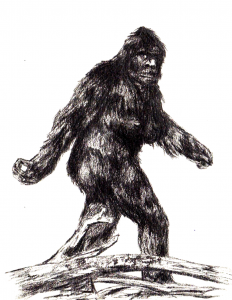 Are there or have there been strange creatures living in Indiana? Monsters, “sea” serpents, Loup Garou (werewolves) or, how about BIGFOOT? Evidently there have been and still are!

Let’s begin with sightings of BIGFOOT. Sightings of the creature have been reported in numerous counties throughout the state. Some of these are Blackford, Brown, Davies, Dearborn, Fountain, Harrison, Knox, Owen, Marion, Martin, Parke, Ohio, Sullivan, and Vermillion. The description of BIGFOOT is universally the same, with only minor differences. He stands upright at 7′-12′ tall with arms hanging down to almost his knees, weighs in from 200 to 500 pounds, is covered in dark or dirty white, shaggy, matted, long hair, and smells like rotted meat, “skunky” or just plain AWFUL. He is capable of vocalizing in either high pitched screams, growls, grunts, howls, and low rumbling sounds likened to a freight train.

The reports would come in beginning in Spring and into Fall. In almost all cases he was sighted in or near wooded areas with water sources nearby. Besides the vocalizing and smell he also made his presence known by leaving tufts of hair on fences or brambles, large foot prints, snapped saplings, and trees with”scratch” marks on them similar to what a bear would use to mark his area – BUT, as far as anyone knows there are no bears in Indiana.

The sightings that I’m familiar with were reported beginning in the 1970’s through 1998. I’ll just share a few of these at this time, for who knows? One of you might have also seen BIGFOOT and would like to share your experience with me!

Terry and Mary Harper did not see the BIGFOOT, but it attacked their home in Vincennes. Some time between midnight and 6:30 a.m. “something” ripped and apparently chewed on about four or five feet of aluminum siding and even tore away part of the back door’s metal trim. It left behind teeth and claw marks, blood and tufts of dirty white hair about two inches in length. Blood was also found near the back security light about SIX TO SEVEN FEET ABOVE THE GROUND!

The Knox County Sheriff’s Department tested the blood samples and found them NOT TO BE HUMAN! A naturalist in the area believes that no animal native to the area could have caused the damage. The only animal he could think of which would have been capable of that kind of damage would be a wolverine. However, there are none within 500 miles of that part of Indiana. The unknown creature has been dubbed the “Knox-ness monster.”

Another Knox County sighting was reported by a family who was returning from Princeton. They were less than two miles from home when they saw “something big” walking the Decker Chapel Road, west of Highway 41. As their car came closer to the creature they noticed it was completely covered in fur, had long arms, and walked with a “skipping walk like an ape.” The car’s headlights apparently startled the creature for it actually swung its arm at the car. The driver swerved off and back onto the road to miss it and then stopped to watch as the creature continued its walk down the road. This is not the end of the story.

Shortly after this encounter the man’s wife reported that she had seen it in a cornfield near the family’s backyard. She grabbed her two pre-school children, who had been throwing rocks at it and had backed it up to the front porch. The creature “took a couple of steps” toward her but stopped and stepped back when the family dog started barking. She got into the house, locked all the doors and windows and called the Sheriff’s office.

She described the creature as having dirty white fuzzy hair over its body except for the head, which had brown hair everywhere except its face. The skin on its face was “pinkish”. At a height of 7-8 feet the creature possibly weighed 500 pounds. She also stated that it had an awful, sour smell, like spoiled meat.

The most recent sighting, that I know of, was reported in 1998 in Brown County near Elkinsville. Two deer hunters were quietly waiting when they smelled a very strong odor from behind them. Turning, they saw a 7-8′ tall hairy creature not more than TWELVE FEET from them! The hunters raised their guns and began firing. As they did so, they said the creature retreated into the heavily wooded area at a speed they could not believe for such a large heavy animal.

The two men ran back to their truck and drove into Nashville to the Sheriff’s office. The Sheriff and a couple of men accompanied the hunters back to the area of the sighting. They all reported seeing the thick underbrush crushed as if by a very large and heavy animal. But, they did not find any other traces nor did they see the creature. However, the party soon became aware of a very bad smell which seemed to follow them. They retreated to their vehicles and left the area, believing the creature was nearby stalking and watching them.

As I mentioned there have been other reported sightings and perhaps there are some which have not been reported. What do you think? Could there be a creature such as BIGFOOT here in Indiana? Have you ever seen one?

Until there is proof that BIGFOOT exists he remains a part of Indiana’s folklore. 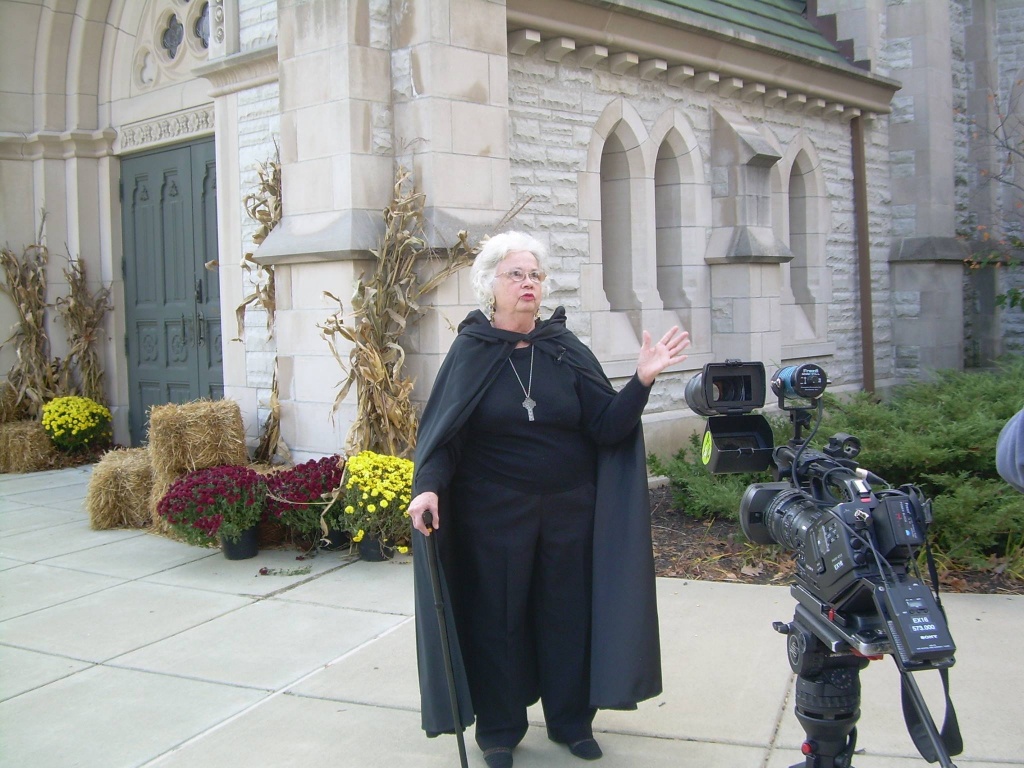