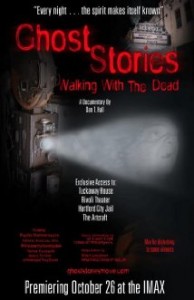 Explore haunted sites with filmmaker Dan T. Hall as he searches for answers to paranormal questions that still resonate from his 2006 documentary Central State: Asylum for the Insane. Go inside the Rivoli Theater closed since 1992 in search of evidence of “Lady Rivoli.” Travel to a bygone era at Tuckaway House, where turn-of-the-century celebrities are said to still pay frequent visits at 3 a.m. And follow the film crew through the Hartford City Jail, witnessing unexplained phenomena as investigators wander the cells and traverse the dungeon level. These and other unexplained events are captured in this haunting documentary. Ghost Stories: Walking with the Dead features historical intuitive Marilene Isaacs, of Bob & Tom Radio Show fame; Dr. Laurel Clark, President of the School of Metaphysics; Shaman Ravenwolfe Teu; demonologist Tracy Bacon; folklore historian Wanda Lou Willis; medium Larry Brown, Arthur Findley College of Study, UK; and members of Indiana Paranormal Investigations, among others. Indianapolis-based independent filmmaker Dan T. Hall, whose documentary Central State: Asylum for the Insane sold out the IMAX last year, is known for his diversity in subject matter and genre. Other credits to his name include the feature films, EZ Money, The Lil’ River Rats and the Adventure of the Lost Treasure and 587: The Great Train Robbery. Hall is currently in preproduction on a psychological thriller. 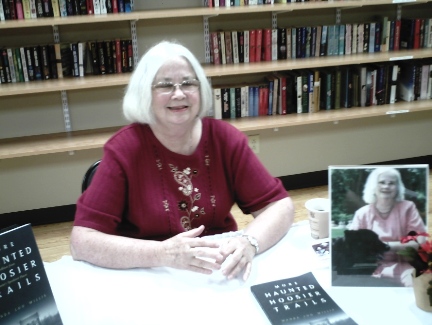