In a good ghost story, the wind doesn’t just blow. It screeches, it howls, it bangs against the window like an angry fist.

It’s about telling a good story with such vivid language that it paints a picture for the reader, she said, and makes those goose bumps show up just when you want them to appear.

The right words, she said, are essential.

“You want something that chills them, something that puts them in a place — whether it’s outside or in that old abandoned house,” she said. “You want to use the right language to set the tone.”

But imagery alone isn’t enough, she cautions. Your character can’t be stranded in the woods forever, after all.

“Use that language to move the character forward,” she said. “Describe everything he or she sees — and use all the senses. Make them see the shadows, hear the creaks and the rattling chains. Raise those hackles. Give some chills.”

If you know what you want to say, but you’re not quite sure about the imagery, that’s OK, too, said Willis, who often speaks to groups about writing as well as our haunted Hoosier heritage.

“I always tell people — write it down. Write your story. Then walk away. Come back later, read it. If it’s not scary enough, then you can find a way to make it sound creepy.”

Ghost stories, she reminds, don’t necessarily have to end badly. They can be funny. They can be mysterious. There can be a rational reason for those bumps in the night.

“Maybe there’s this abandoned house with all these strange noises, and a giant turkey has taken up residence,” she said. “The ‘ghost’ can be served for Thanksgiving dinner.”

The main thing, she tells prospective writers, is to be creative, and have fun.

“This should be a fun project,” she said. “Never think that just because you haven’t done it before that you can’t do it now. Eliminate ‘can’t’ from your vocabulary. You can. You might just surprise yourself.” 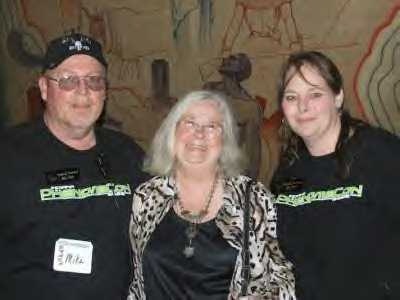