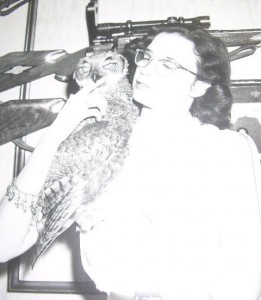 This is me with my Great Horned Owl, Lancelot. Yes, he was a wild bird and alive. And no, he wasn’t biting my finger. I had my finger under his chin so he’d raise his head for the photographer.

No one else could hold him. I never ever wore gloves, his beak was not filed nor his talons. He only tried to bite me once. He grabbed my index finger. I knew better than to yank it out. His beak would’ve torn it to the bone. I instead, shoved my finger far back into his mouth which forced him to open and I pulled my finger out the side.

We were great pals. He used to ride on my electric typewriter carriage. When I pushed the return he’d flap his wings as it moved. He used to sit on my shoulder while I worked. I know the picture is kind of faded but . . . the bracelet that I’m wearing was given to me by my boyfriend at the time. We’d gone to see the movie, “Ten Commandments” which came out either 1956 or 1957 and that’s what the bracelet depicts. 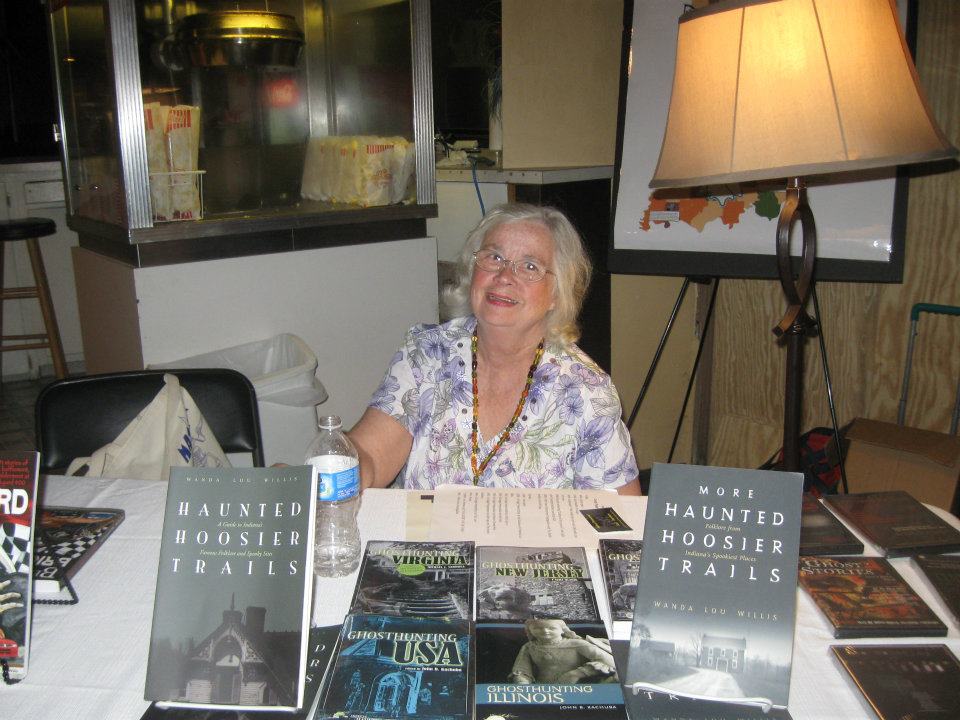