(published in the Sept/Oct 2009 issue of Country Roads Magazine)

By now, you’ve heard of and have probably seen the Johnny Depp movie, Public Enemies, which is about Hoosier John Dillinger.

I’m often surprised at some of the Emails I receive requesting research assistance. However, when I received an Email from the movie Production Company to assist them it was really exciting. They were trying to find a newsreel that would have Dillinger’s voice that Depp could use to make his character more believable.

I was unable to find anything with Dillinger’s voice though I searched throughout the nation and even internationally. Now that’s not to say there isn’t anything out there I just could not find it. However, I did find a newsreel with his father’s voice. His father was standing alone in a field dressed in a suite and hat. It was probably filmed at the family farm in Mooresville. How much this helped Depp’s character I have no idea. Nevertheless, I was thrilled to have assisted.

There has always been interest in John Dillinger and the movie has only created even more. Dillinger is a folk hero.

What exactly is a folk hero? They are a type of hero, real or mythical. The one main characteristic that makes an individual a folk hero is the imprinting of their name, personality and deeds in the popular consciousness. Their characteristics and deeds are often exaggerated to almost mythic proportions.

They often begin life as a normal person. It‘s thought that they are transformed into someone extraordinary by a significant life event, often in response to social injustice. One group or class of folk hero is the defenders of the common people against the oppression or corruption of the establishment. Members of this group often, but not always, live outside of the law in some way.

Do these definitions describe Dillinger? Yes, in all aspects. There are those who compare him to Robin Hood who supposedly took from the rich and gave to the poor. There are stories where Dillinger did just that. Are they true or a part of the folklore surrounding his life and death? True or false, they are a part of the stories comprising the folklore of folk hero John Herbert Dillinger.

It was the depression era. Parents didn’t have money to give their children for ice cream. According to one charming Dillinger folk tale when he encountered children on the streets, he would often give them money to buy ice cream.

The locations most connected with Dillinger’s name are Chicago, where he met his end, and Mooresville, where his family had a farm and it is said he often visited during his career. However, for the first sixteen years of his life he lived in Indianapolis on Bloyd Avenue. His father, John Wilson Dillinger, had a small neighborhood grocery not too far from their home and was a Deacon at the Hillside Christian Church. Dillinger attended IPS 38. However, at age 16 he quit school.

As a teenager Dillinger led a neighborhood gang called the Dirty Dozen. Most of their activities were harmless pranks and pilfering coal from freight cars. His father sold his business and home, purchasing a farm in Mooresville, perhaps hoping that his son would change. However John Dillinger’s life continued on a downward spiral until it was ended in Chicago.

During his gangster years there are many stories about locations throughout Indiana that he and his gang frequented. A few of them were in or near Indianapolis.

The Slippery Noodle located at 372 S. Meridian is listed as the oldest continuously operating establishment in the original building and location. Part of the lore connected with this building is that it probably was a meeting place for both the Brady and Dillinger gangs. As the story goes, the gangs used to gather in a back room using the brick wall for target practice. Bullets can still be seen imbedded in the brick wall.  Unfortunately, over time many of these have been pried out of the wall.

The Plantation Club, later known as Casio Restaurant was a speakeasy, casino, and possibly another meeting place for Al Capone and Dillinger. The club was built just past the Marion County line on State Road 36. On the other side of the road are railroad tracks.

Lore states that the FBI raided the club on a weekly basis looking for Dillinger. During one of these raids Dillinger was chased out the door. He ran across the road, making is getaway by jumping aboard a passing freight train. How lucky for him that a freight train just happened to be going past at that exact time.

Then there’s Irvington. Lore states Dillinger had a hangout there, but no one knows exactly where. However, he did hold up a drugstore in that area located at 5648 East Washington Street. DuFour’s Restaurant is located in that building.

Dillinger was killed in Chicago on July 22, 1934 at the age of 31 as he was leaving the Biograph Theater, gunned down in an alleyway. Several people who saw the body including his father said it was not Dillinger. Presumably his older sister, Audrey, identified the body by a scar on his leg from a childhood injury.

Folklorist Ronald Baker in his book “Hoosier Folk Legends” recounts an interview with an individual who claims they saw Dillinger and his family at the Indiana State Fair three years after he was killed.

The individual was with friends on the midway. The friends went on rides and he continued to walk around the midway until he came to a tent where there was a demonstration of a new canning device.

The man left the tent positive he had seen Dillinger and he was alive.

The Biograph is one of the most famous haunted theaters in Chicago and is a popular stop on a Ghost Hunters bus tour.

An urban legend says his ghost still runs through the back alley where the FBI agents finally caught and killed him. People have reported seeing a blue, hazy figure running down the alley next to the theater, falling down and then vanishing. They also report cold spots, icy chills unexplainable cool breezes, and a sense of fear and uneasiness. Sightseers trying to take pictures of the location find their cameras malfunction. Could this be ghostly influence?

Dillinger was buried in the family’s plot at Crown Hill Cemetery, which had belonged to the family 27 years prior to his death. Several tours stop at his grave. Through the years souvenir seekers chipping pieces from his tombstone have caused it to be replaced four times.

Dillinger’s father provided the suit for John to be buried in. When the body was dressed it was discovered the jacket sleeves were longer than his arms which gave rise to the rumor that it was not his body buried at Crown Hill.

Visitors to his grave often place pennies on his marker. Leaving money on graves is an old custom with a belief that it would help God look kindly on the deceased and shows that they had been charitable and made a positive influence on others. The coins are regularly collected and donated to Riley Children’s Hospital.

In 1906 John’s mother died. He was just three. He disappeared while the family was at the funeral home. When finally found he was standing on a chair trying to wake up his mother.

Dillinger’s older sister, Audry, became his surrogate mother even after she married.

John Dillinger attend Arsenal Technical High School for a brief period before the family moved to Mooresville, IN, his step mother’s place of birth.

Johnnie enrolled in the Mooresville high school failing every subject except applied biology. He quit school at the age of 16.

In 1923 John stole a car and was caught. Rather than go to jail he joined the Navy making it through basic training he was assigned to the USS Utah. Dillinger jumped ship and returned to Mooresville. His Navy career lasted 5 months. (On December 7, 1941 the ship was attacked and sunk in Pearl Harbor.)

After returning to Mooresville he met 16 year old Beryl Hovias. They were married April 24, 1924 and moved in with his father. Eventually the newlyweds moved in with Beryl’s parents in Martinsville. John worked as an upholsterer and played shortstop on the Martinsville baseball team.

Beryl and John were divorced on June 20, 1929 while he was serving 10-20 years at the Indiana State Reformatory in Pendelton for attempting to rob a Mooresville grocer. Dillinger enrolled himself in the prison school. He studied hard and was an excellant student.

He was denied parole from the Indiana State Reformatory in Pendleton. He requested to be transferred to Michigan City saying it had a good baseball team which he wanted to join. The request was granted.

Dillinger was given the nickname of “Jack Robbit” for his habit of gracefully vaulting over bank counters during holdups.

The Dillinger gang robbed 13 banks in the Midwest.

In Indiana the American Legion offered to arm tens of thousands and the National Guard was alerted. The governor authorized county sheriffs to deputize citizen vigilantes.

Dillinger’s memory lives o in the hearts of many, including a group of his biggest fans — The John Dillinger Died For You Society founded in Austin, Texas in 1966. 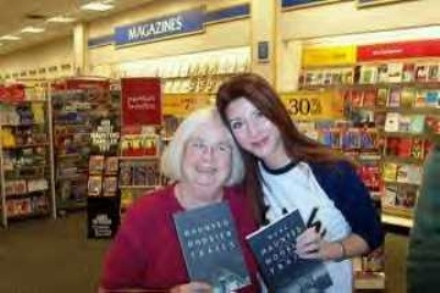