Bird watching can be a very pleasant pastime especially now that winter has passed. Have you ever wondered how the birds got their various colors?

Some Native American Indians believe that back in the Dreamtime all bird tribes were the same color and that was black.

One day the peaceful Dove caught his foot on a sharp prong on a broken tree branch. The Dove called out for help, and all the other bird tribes hearing his painful frightened call came to the place where the Dove lay. He was in great pain and his foot had swollen.

The other birds gathered round him and provided shelter with their wings. Some brought water for him to drink and others bathed his foot with water. All except the Crow who was in a bad mood and angered by the attention the other birds were giving the little Dove.

The Crow scolded the other birds and told them that they were wasting their time, the Dove would not live. And, indeed the foot was festering and swelling even more. However, the other birds paid no attention to the scolding of the Crow. Finally they had enough of his insensitivity and chased him away.

The Dove weakened and paled to gray and then white and it was feared that death was truly near.

One of the birds had an idea. She rushed forward and bit the Dove’s swollen foot with her sharp beak. The Dove cried out in pain. Those gathered round gasped in amazement as a myriad of colors flowed out of Dove’s wound, and splashed all over every bird there.

Some got only a little color, and some got one or two colors. Others were covered with many colors of the rainbow.

That is how all the bird tribes got their beautiful colored plumage, all except for the selfish, bad tempered Crow and all members of his family who to this day remain black.

One of the Crow’s relatives is the Raven. It is an extremely intelligent and clever mimic. They’ve been known to even learn some human words.

Ravens have a long history of myth and lore associated with them. In some native tribes they are known as the “Keeper of Secrets.” It is believed they hold the teachings of mysticism and magic. Their inky black color is associated with darkness where unconscious fears live.

Because Ravens would feed on the corpses of the dead hanging on the gallows the bird was feared and considered to be an ill omen.

The Ravens in residence at the Tower of London are perhaps the most famous. Charles II had ordered they be removed. However, they were not removed after he was informed of the legend that if the Ravens ever leave the Tower of London, the White Tower, the Monarchy, and indeed the entire kingdom would fall. Whether this was superstition or not Charles was not prepared to take the chance.

Scattered references to the tower Raven, both literary and visual, place them near the monument commemorating those beheaded at the tower. The Raven is used to dramatize tales of imprisonment and execution at the tower as told to tourists by the Yeomen Warders.

Wild Ravens which were once abundant in London and often seen around meat markets fasting on scraps, could have roosted at the tower in earlier times. However, there is evidence that Ravens were donated to the tower by the Earls of DunRaven. Perhaps because of their association with the Celtic Raven-god Bran whose name means Raven or Crow.

Bran went into battle to avenge his sister. During this battle he was beheaded. According to mythology his head did not die. His followers were instructed to take the head to The Tower of London to keep England safe from invasion. The task then was passed on to the Ravens.

During the Second World War most of the tower Ravens perished through shock during bombing raids. Before the tower reopened to the public on 1 January 1946 a new set of Ravens were in place. Their wings are clipped to prevent them from flying away. Today they are cared for by the Ravenmaster.

A more gentle bird is the Dove, a member of the pigeon family. The various legends and lore surrounding the Dove associates it with many goddesses. It’s been considered a sacred bird since ancient times.

The Dove is the messenger of Venus, Goddess of Love, and thus associated with lovers. For Indians the Dove is traditionally believed to contain the soul of a lover, and that to kill one would bring misfortune.

However, it is considered by some to be a harbinger of death. Miners consider it to be extremely dangerous to go underground if a Dove is seen near a pitshaft. If a Dove taps on the window of a sick person or is seen flying near their house death is near.

Today the Dove is the International symbol of peace and friendship. This is why we see them released during the Olympics, weddings and even at gravesites. Doves represent the Holy Spirit.

The Cardinal is one of the most easily recognizable birds and was chosen by seven states to be their official state bird. The Cardinal with its brilliant red color can be seen throughout the twelve months of the year and is often depicted on Christmas cards and gift wrap. Their eggs hatch in twelve days.

The number twelve connected with the Cardinal is why there is a folkloric belief that they are lucky. When a Cardinal flies into your life you can expect a change for the better to occur within twelve days, twelve weeks, twelve months or at the hour of twelve. Or if you observe a Cardinal flying upward toward the sky you will have good luck. Be sure to welcome the Cardinal to your windowsill for it is the spirit of a recently deceased relative or friend.

We all eagerly watch for the Robin known as “the harbinger of spring” because of it’s early arrival before most other migratory birds.

In Medieval Europe the Robin was often depicted attending the Christ child. In legend we learn how the Robin received its red breast. Valiantly he tried to pull the thorns from Christ’s head at the Crucifixion. In his attempt he was wounded, cutting his own breast on the thorns. A drop of His blood mingled with the Robin’s blood. Ever since that day the little birds have worn red breast feathers as a badge of courage and honor.

It is unlucky to harm a Robin. Whatever mischief you do to a Robin you will suffer the same. Breaking their eggs will result in something valuable of yours being broken. Other superstitions state that if a Robin flies in an open window or taps on a window it is a sign of death. Seeing a Robin sheltered in a tree means rain is on the way.

Folklore identifies the Wren as the Robin’s spouse and is considered to be lucky. Anyone who destroys a Wren’s nest will suffer a broken bone or their house will be struck by lightning. To kill a Wren, bad luck will follow. This wasn’t always true though, as the birds were once hunted and killed for their feathers which were sold to seafarers who believed that carrying a Wren feather would protect them from drowning.

The Owl is a bird with a poor reputation despite being known for being wise. Perhaps this stems from the fact that the Owl leads a nocturnal existence and that the night is associated with the time when darker forces and negative energies are present.

The ancient Greeks revered the Owl and believed them to be sacred to Athena, the Goddess of Wisdom and Learning; thus the Owl was considered wise and kind. An Owl flying over a Greek army insured victory.

According to the legends of the Kwakiutl tribe of British Columbia, the Owl calls the names of the people who are approaching their death.

There are a lot of superstitions associated with Owls. If an Owl lands on the roof of your house, it is an omen of death. If an Owl nests in an abandoned house, then the dwelling must be haunted. If an Owl hoots during a burial service, the deceased is bound to rise from the grave and haunt the living. When you hear an Owl hoot to prevent bad luck take off your clothes, turn them inside out and put them back on.

Even if you don’t believe in the superstitions, the eerie call of an Owl in the stillness of the night can send cold chills up your spine.

These are just a few flights of fantasy surrounding or many feathered friends. 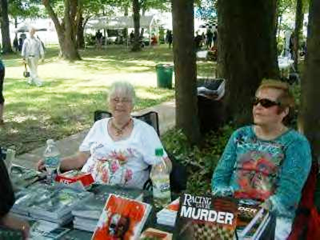